ASAI has a rich history, as an educational Foundations worthy of expression, especially this year (2021) ASAI is celebrating its 45th anniversary. ASAI was established in 1976 advocating the concept of financially assisting needy and outstanding Arab students which was eminent due to prevailing instability of economic and social circumstances as in the case of Palestinians and other Arab students. This sector was deprived of university education due to lack of academic institutions and inability to finance education abroad.

Four brothers took the initiative of establishing a non-for-profit foundation, (Late) Dr. Joseph Qutub, Prof. Musa Qutub, (Late) Mr. Dawood Qutub, and Prof. Ishaq Al-Qutub. The first step was to conduct a feasibility study which reflected a real need expressed by parents, businessmen, and the education sector. The result suggested to establish an organization to care for the needy and outstanding students to complete their university and post graduate studies.

The first Board of Directors was established, in the State of Kuwait consisting of remarkable Kuwaiti and Arab Businessmen, who believed in the establishment of the first Arab Student Aid International. Such names included:

ASAI was registered in USA as a not for profit, not political, independent, tax exempt educational foundation

A landmark was when (Late) HRH Prince Turki Ben Abdel Aziz Al Saud became the Chairman of the Board of Trustees in 1982. A group of Trustees was established in Saudi Arabia, with membership of HE Skiekh Abdul Aziz Al-Suliman, Harb Al Zuhair, Mr. Omar Al Aqqad. Mr. Mohammad Qaddoura and others.

Eight years later two other Trustee groups were established: one in Lebanon, with the membersip of H.E. Salim Ul Huss, and Others, two, in the United Arab Emirates, with membership of: HH Skiek Khalifa Al-Naboutha, Mr. Riadh Sadeq, Mr. Khalaf Al Habtour and others.

In 2008 Princess Alia Al-Tabaa’ became Chairperson of the Board of Trustees in Jordan. It was needed to open branches for ASAI in different regions due to the benefits for the students, and services that ASAI can achieve in the development of human resources and capacity building.

A branch in Jordan was established in the year 2009 Another branch was opened in United Kingdom in 1998. A third branch was registered in Dubai, United Arab Emirates in 2017. The reasons for this trend were several: such as opportunities for fund raising, acquisition of scholarships from respected universities, the increasing demand for the services provided to students and educational institutions.

In spite of the epidemic Coronavirus, in 2020, ASAI is continuing its programs and projects in providing financial aid to needy and outstanding students and programs in capacity development for NGOs and civil society institutions.

One of the founders of ASAI, graduated from Michigan State University in 1966 in Sociology. Taught for 33 years at universities in Jordan, Kuwait, and Canada. Published 32 articles and 3 books. A trainer in monitoring and evaluation. Attended 20 national and International Conferences. Member of 5 professional associations.

Hussam Qutub, has close to 30 years’ experience as business development professional supporting US companies entering Middle East and North Africa (MENA) markets. He had supported over 300 US companies launch products across MENA as well as advising US State Government of Ohio. He is knowledgeable in trade agreements, export/import legislation and regulatory framework. Has MBA in International Business and Logistic and have studied Commercial Law. 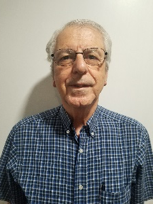 Doctor of Philosophy in Applied Math from UTD/Dallas in 2004, Master of Mathematical Sciences from UTD/Dallas in 2002Served as Math and Bachelor of Civil engineering from AUB/Beirut, Lebanon in 1969. Instructor at various Colleges in USA, also as Real Estate Investments, Managing and Brokerages and supervision of Engineering and construction for 20 years.

Mission as Founder, President & CEO of American Business & Technology University (ABT University) is to promote education through a global, conveniently accessible format, thus visionary, has grown ABT University to an institution that has exceeded expectations of the University, its students, and educationa community.

Born in 1940 in Yazour Palestine received M.A. in 1964 and PhD at Ain Shams University (Egypt). He taught at 10 universities in USA, Middle east, north Africa, & Europe. He participated n about 60 seminars and dialogue groups in 45 countries. He Chaired and organized several international conferences in Jordan, Kuwait, USA, Switzerland, Tunisia & Morocco. In 2016 he was a key speaker at the annual Economic Conference in Seoul, South Korea. He is member of the Board of Directors of 17 International Organizations, he has professional activity with Howard University. He Published 14 Books in English and 6 are ready to be published, as well as 33 Books in Arabic Language.